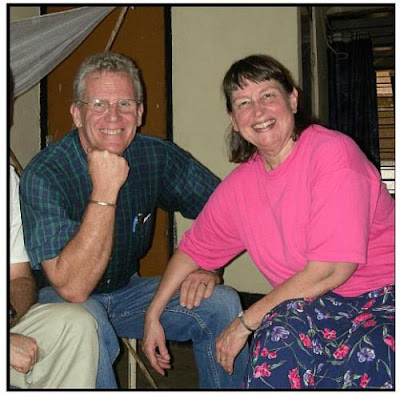 In the early 70's I was in high school. A young couple came to our church and took on the task of leading our youth group. They were committed, open minded, creative, and fun. Just what we needed. As it happened 4 of us became quite close to them. One summer we met at their home in the evening once a week and talked about everything and anything. And they listened like no one else had. All this while raising 3 kids of their own. In fact Cheri was born during our time with them. Over the next 10 years of so we remained close friends and enjoyed reunions with them whenever the opportunity came. They were truly a big brother and sister, family.
Phil Rieman (64) and Louise Baldwin Rieman (63) went on to become pastors in the Church of the Brethren, not to mention mission workers in the Sudan from 1992-1996, pastors at churches in Iowa and Indiana, and peace witnesses and war tax resisters for decades. They gave 60 percent of their taxes to civil rights and peace programs, despite internal Revenue Service threats of liens against bank accounts, wage garnishments, and seizure of the family van. In an article in the New York Times on the subject, Phil was quoted saying "We will look back on war someday like we did on slavery."
Phil and Louie were most recently pastors at the Northview Church of the Brethren in Indianapolis. They were killed on December 26th in a car accident on a highway north of Indianapolis on their way to a family gathering. They are survived by their 3 children.
We did not see much of each other over way too many years but I still heard word of them and their kids and I still considered them very close friends. They will always have a very special place in my heart. A funeral service is available for viewing on the Northview Church of the Brethren web site.
And those 3 friends who grew up with me on those summer nights are some of my dearest friends. We don't get together often but they live in my heart and it has been a joy to connect with them during this sad time. Happy New Year everyone! Live life to it's fullest.
Posted by The Lamp Guy at 8:08 PM No comments: 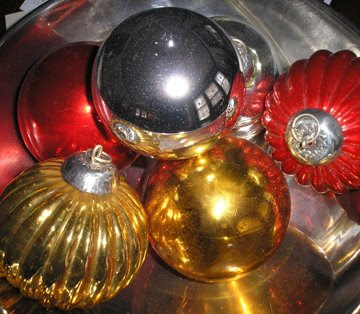 I hope you all had a wonderful Christmas. I spent the last week with some of my family amidst much turbulent weather—ice, snow, fog, rain, cold and winds. But all in all we stayed safe and happy, ate too much, and enjoyed each other's company. Another Christmas past.
Madison is breaking records with snow fall this December. We're not jumping for joy but at least we've had less ice and a lot of the snow has melted. But there's much more on the way and we're all bracing for a long winter. I'll keep you posted.
Over the past years movie watching has been a big part of the Christmas holiday for me and family. Lots of leisure time means lots of time to enjoy movies. I have no idea how many movies we watched but here's a few. First there was "Wanted". A totally bizarre fantasy about a group of assassins with extraordinary and totally unbelievable skill sets. It didn't do much for me. We also saw "The Curious Case of Benjamin Button" and I liked it a lot. I had seen a review that didn't recommend it so I was hesitant. But it was a really nice story about love, growing old and growing young. It's very long but it held my attention and it kept me guessing as to where it was all going. And my sister finally talked me into watching "Mama Mia." Although I resisted you can't help but get into it if only for the catchy songs. There were more including marathons of "A Christmas Story" which has been a part of our family Christmas for many years.
The hit of the holiday was experiencing the Wii game machine. My brother-in-law  got one for father's day and my niece got her husband one for Christmas. I was curious having seen all the buzz about it over the last year. And it is fun. We played tennis, golf, archery, figure skating, volleyball, snowboarding, go-cart racing, bowling, billiards, and the silliest of all, cow racing. I have to say it was as entertaining to watch as it was to play. I get it now. It's great entertainment for small and large groups as well as on your own. Worth the price? I'm still deciding. And as far as the exercise benefits go, you do get a great work out for one of your arms. But be careful. I came home with a sore wrist from all the twisting and erratic movements. It does get you off the couch and laughing at the very least but it's hardly a substitute for the real thing.
And now the sadness. I came home to an email from a long time friend. It said that two friends of ours were killed in a car accident on their way to a family Christmas in Indiana, not far from where I was. I'll leave the details for my next post but it was a shock and terribly sad. So with joy comes sadness. And that's life.
Posted by The Lamp Guy at 8:35 PM No comments: 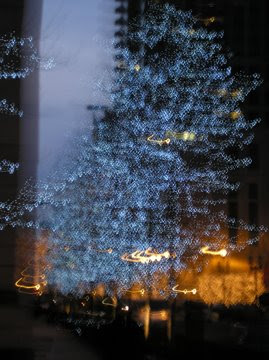 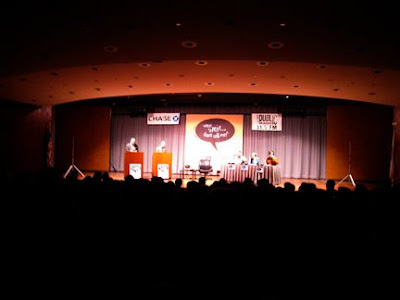 Spent a bit of time in Chicago recently. Some friends and I decided it would be great to see a live taping of one of our favorite radio shows on NPR—Wait Wait Don't Tell Me. Each week on the radio you can test your knowledge against some of the best and brightest in the news and entertainment world while figuring out what's real news and what's made up. It's a great show and very funny. The show is taped in the Chicago Chase Auditorium right next to Daly Plaza in the Loop. We had a blast. It takes about two hours to tape the show. There are 3 celebrity panelists, an MC, Peter Sagal, and Carl Kasell, a legendary newscaster who's been doing NPR's Morning Edition since 1979, and you've never heard him like this. In fact the main prize for the call-in contestants is Carl recording a greeting for your home answering machine. Every week they have a celebrity guest who plays a game called "It's not my job", a series of questions that have absolutely nothing to do with the guest's background, just to make it interesting. In the past they've had Tom Hanks, Tom Brokaw, and Michael Hayden, Director of the CIA. Sometimes the guests are on the phone but we were lucky to have a live appearance by Denise Leary, a very irreverent comedian who is currently starring in the FX channel's Rescue Me. Check out Wait Wait Don't Tell Me on the weekends if you ever get the chance. And even better get to a live taping. I haven't laughed that much in a very long time. Below is my mug in front of the stage before the taping courtesy of Kristin. She also took a photo during the show, and after they warned us not to take any flash pictures her flash accidently went off. No one was more shocked than Kristin. Ed and I would have denied knowing her at that point if it meant missing the rest of the show. We also saw Jersey Boys, a musical about the Frankie Valli and the Four Seasons, had some great food and went to the One-of-a-Kind Show at the Merchandise Mart, one of the best art fairs in the Midwest. 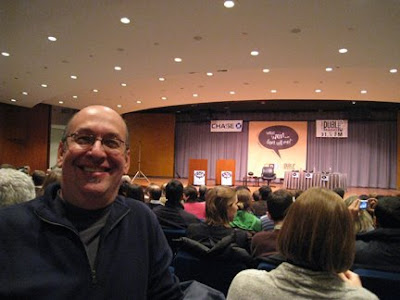 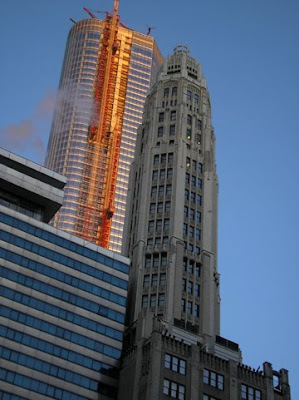 The shot above is out our hotel window and shows the progress of the newest skyscraper, The Trump Tower. Below is the Famous "Bean" sculpture in Millennium Park. The last time I was in Chicago, almost 3 years ago, they had it covered up for repairs. I guess they also had to add some texture to the top of it as it was blasting intense sunlight into quite a few office buildings. 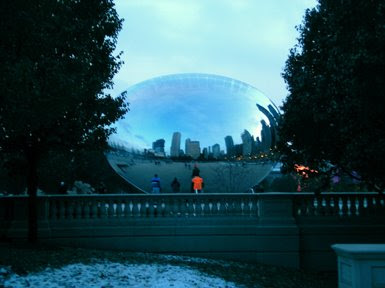 And one more little tidbit leftover from Thanksgiving. I made a few deserts for the big dinner—a Pumpkin/Orange Bread Pudding, a Maple Pecan Pie, and a Pear Cranberry and Pecan Pie. All on my stove top ready to go. The bread pudding was supposed to have a rich whip cream topping with white pepper but I'll save that for another time. 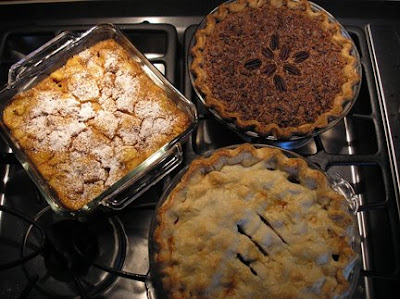 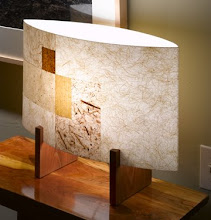